My cache buried near US60 was unearthed without problems. A few snacks included in the box start the morning right. 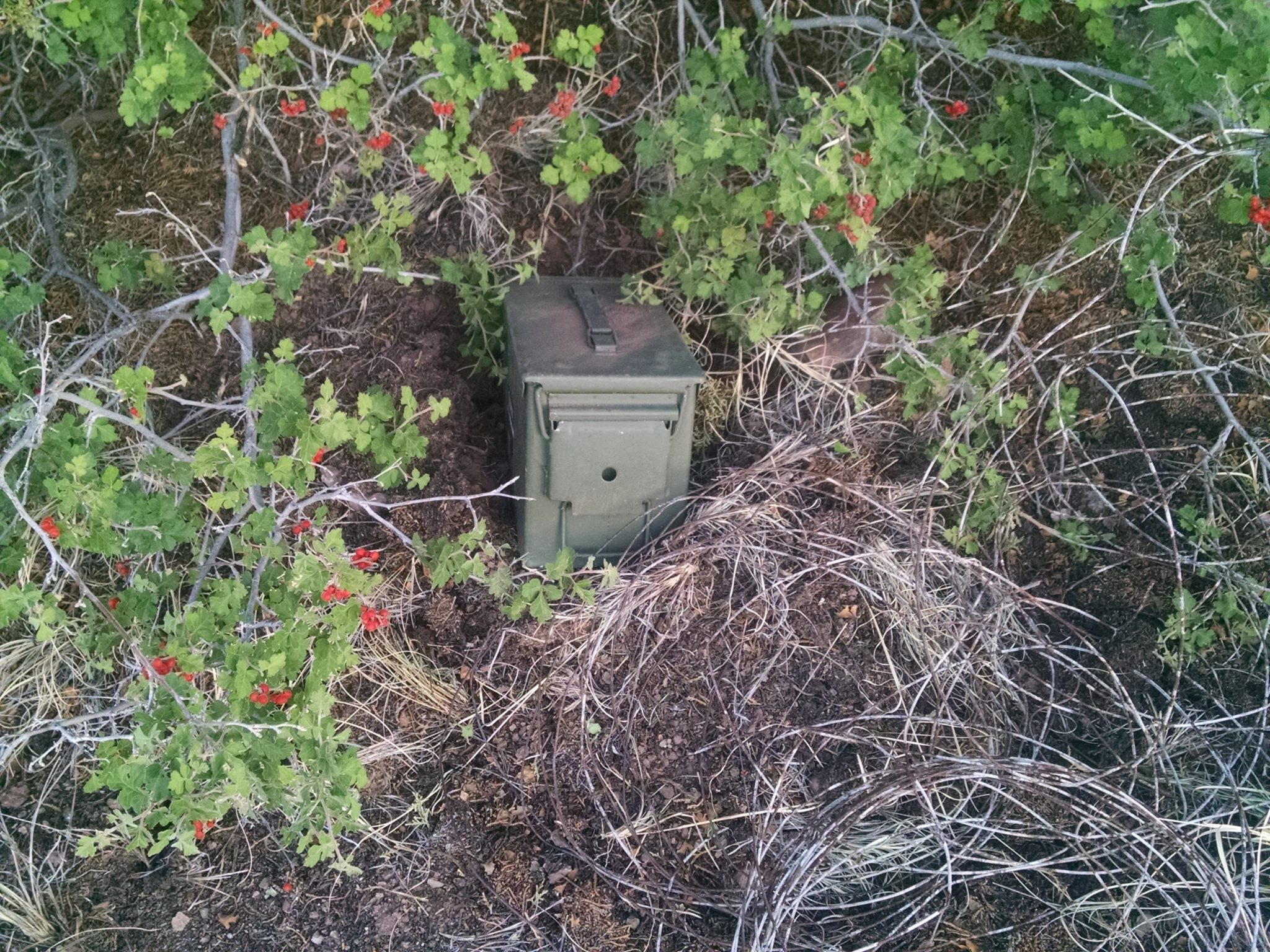 After crossing the highway, I begin down an arroyo, for almost 5 miles. 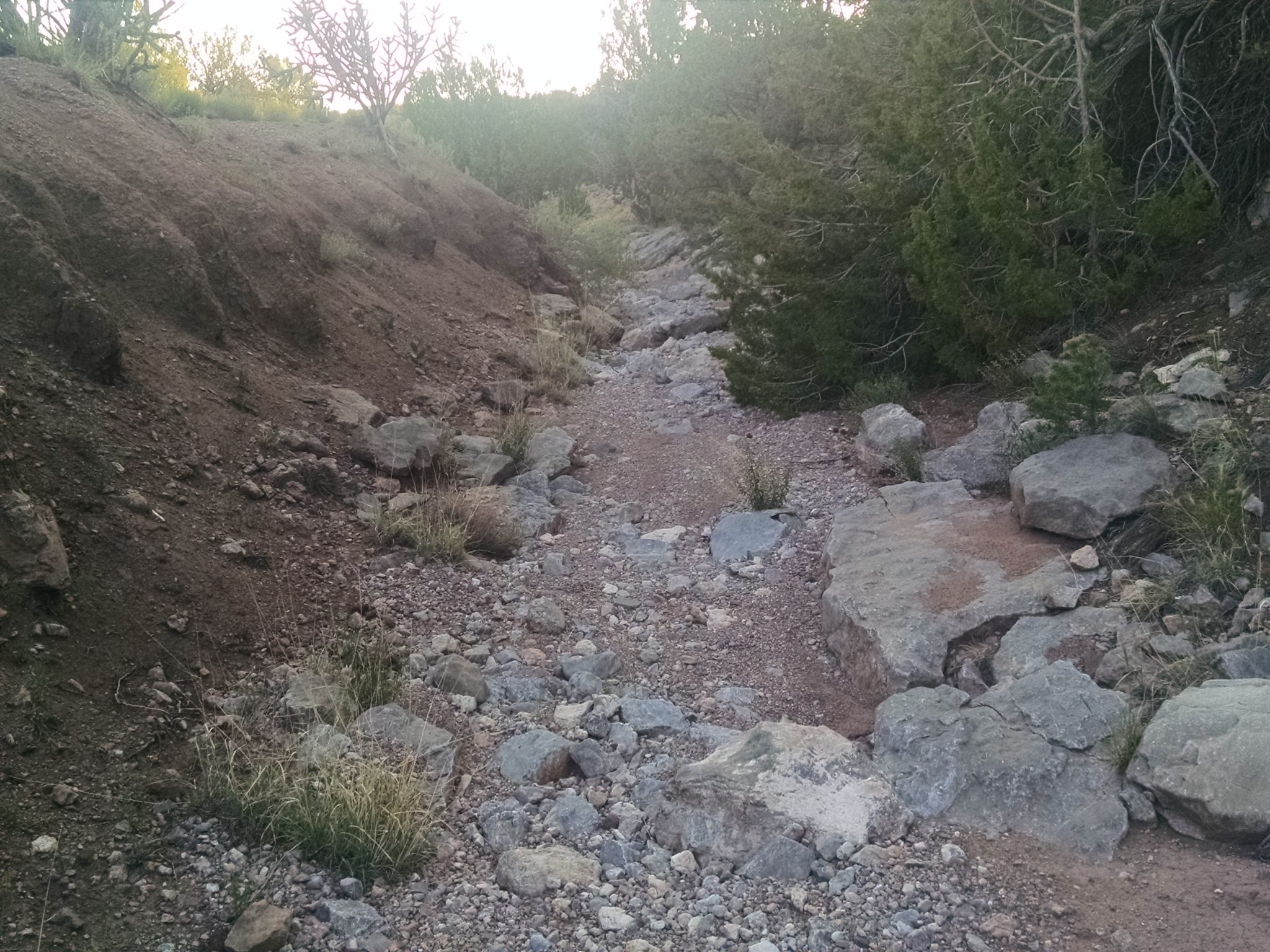 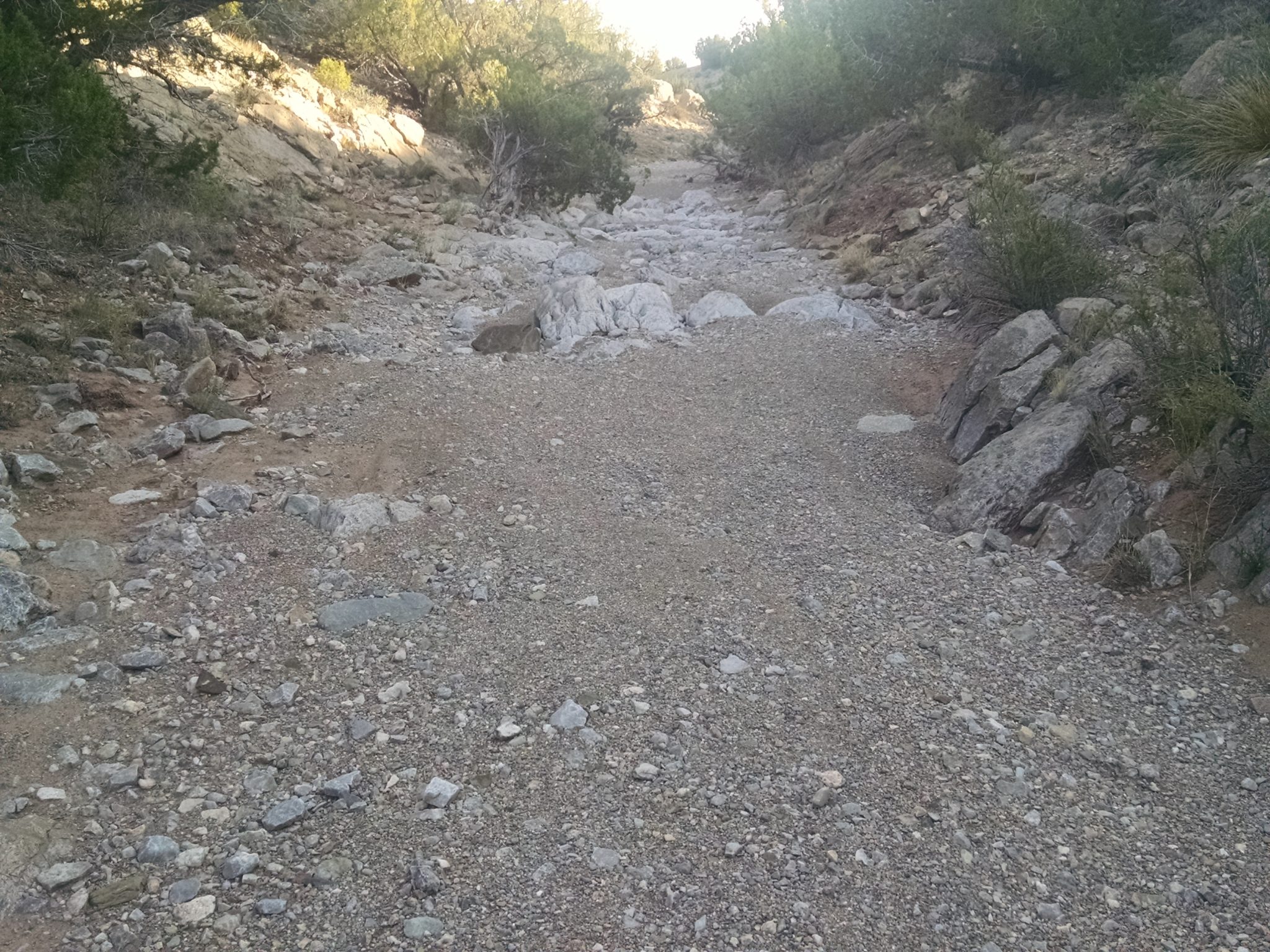 The arroyo merges with a larger drainage, and continues under train trestles. 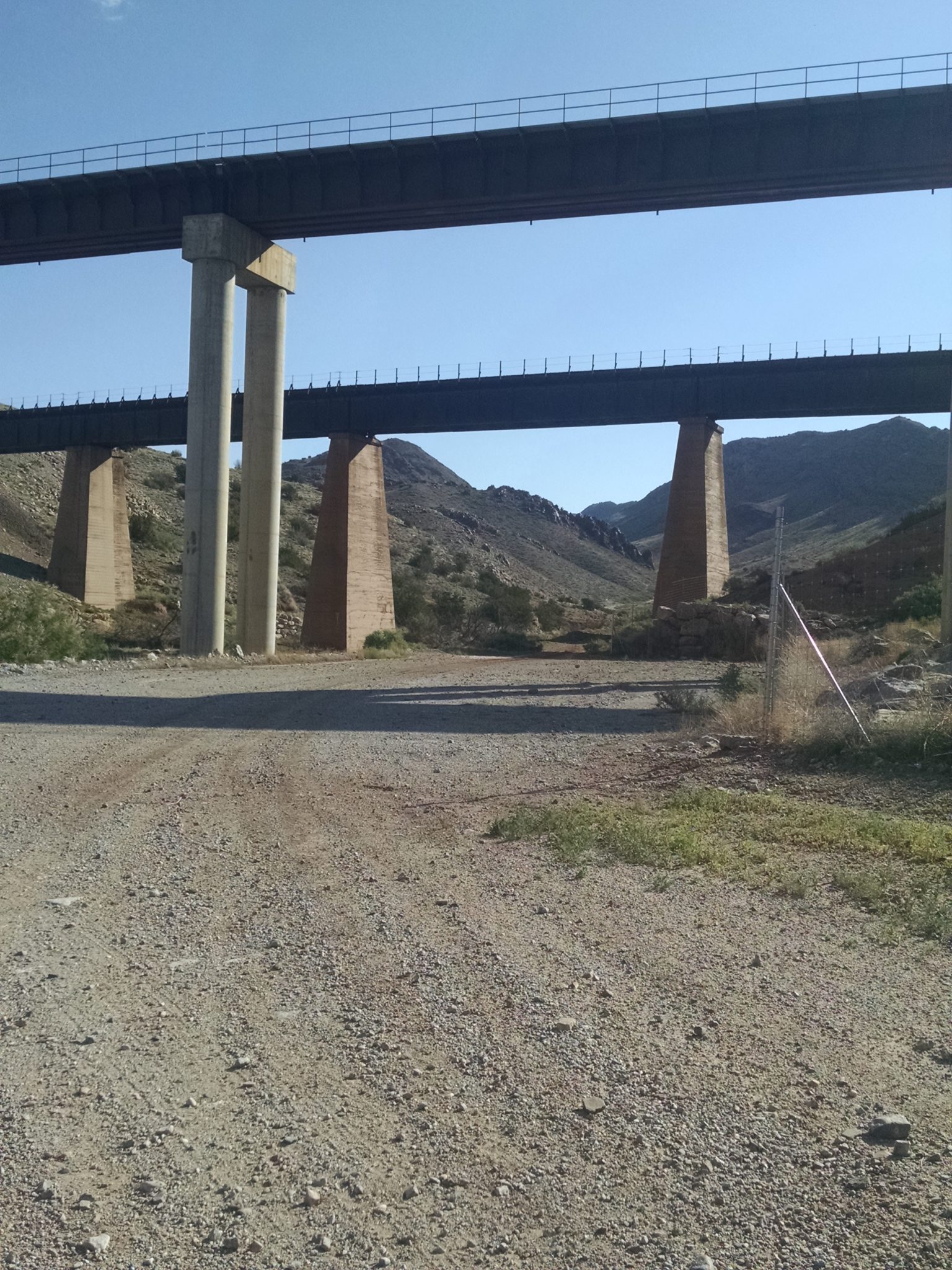 After diverting to a dirt road, the route quickly starts climbing past southernmost Manzanos. 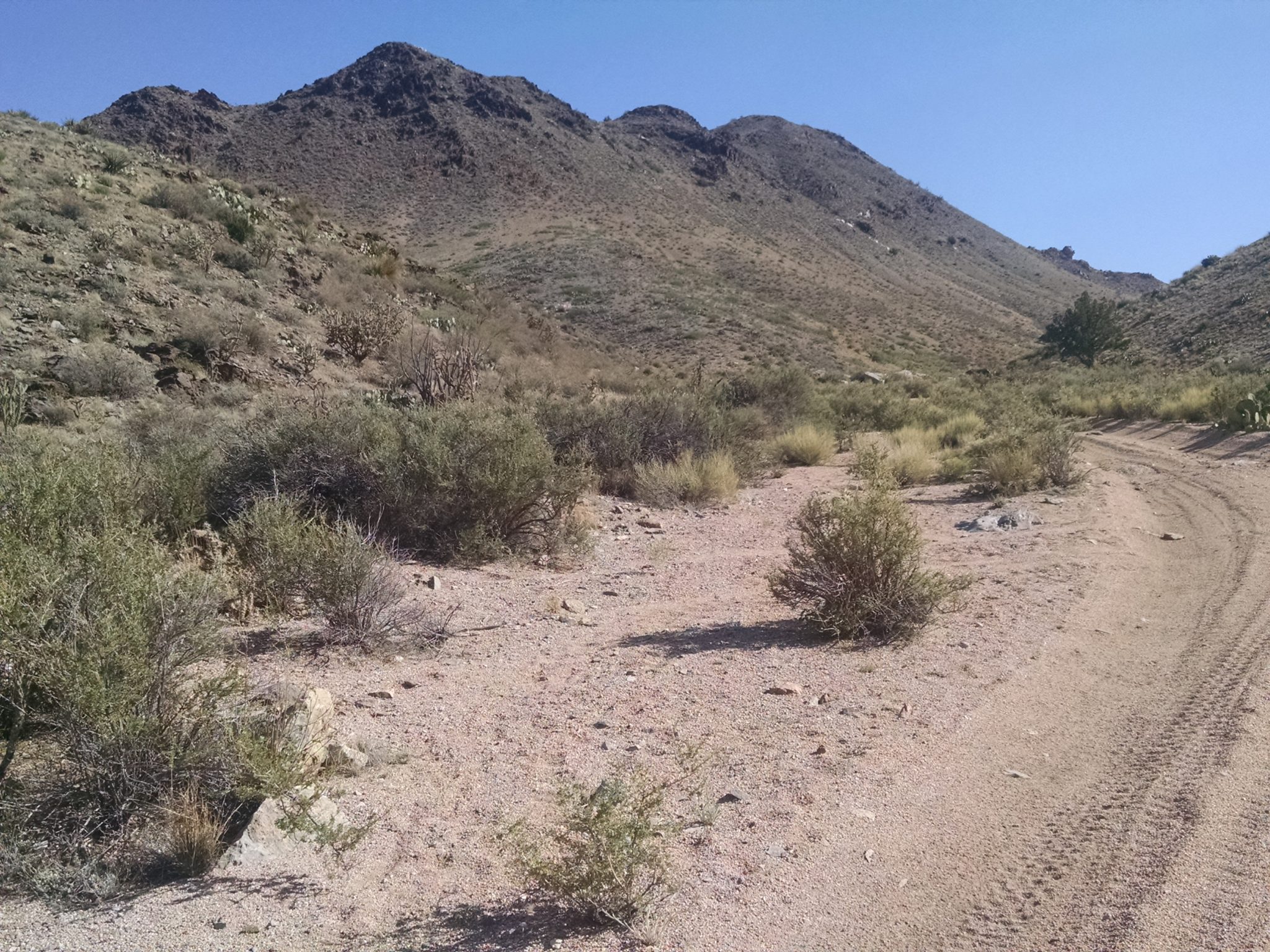 The morning continues with several miles of climbing dirt roads.

As the route passes through juniper and pinon, I start looking for high mountains, since the trail will rise towards one of the highest peaks by end of day. 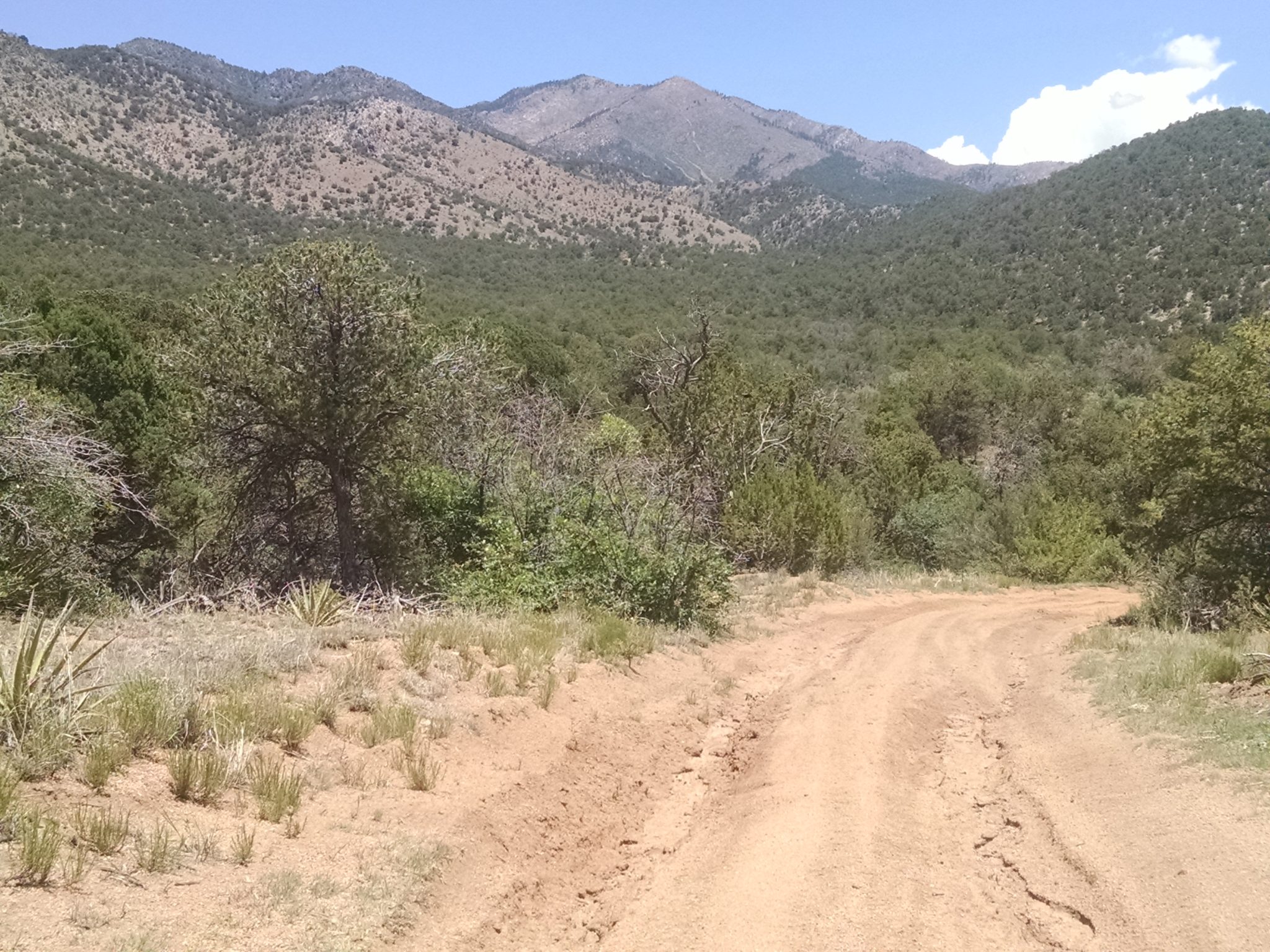 Pine Shadow Trail, near trailhead, begins near a picnic area with running spring. Since water sources will be scarce on the crest, I fill up with as much water as can be carried. 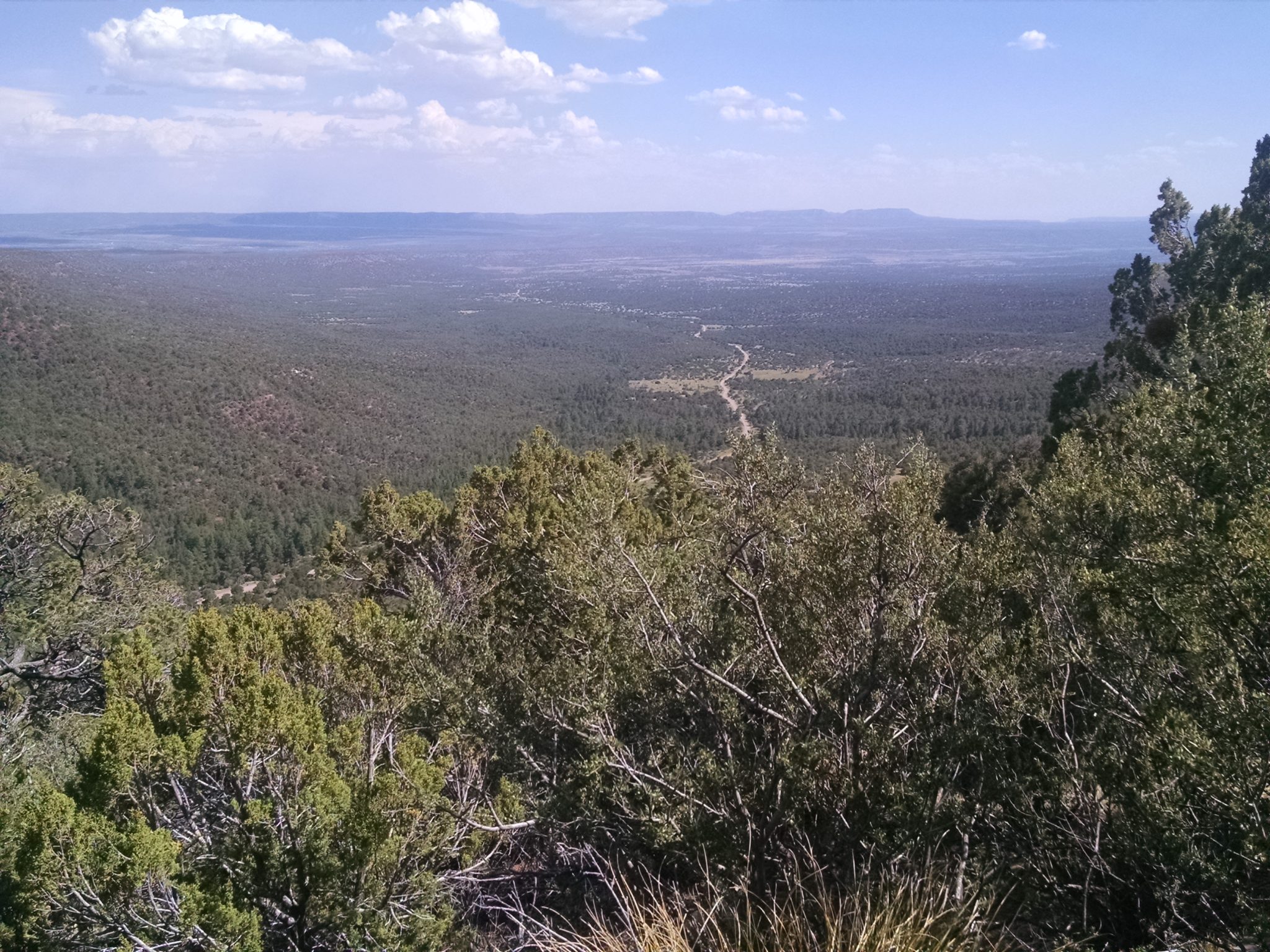 Crest Trail starts getting hard near a burn area, with many fallen logs to climb, and disappearing path in places. 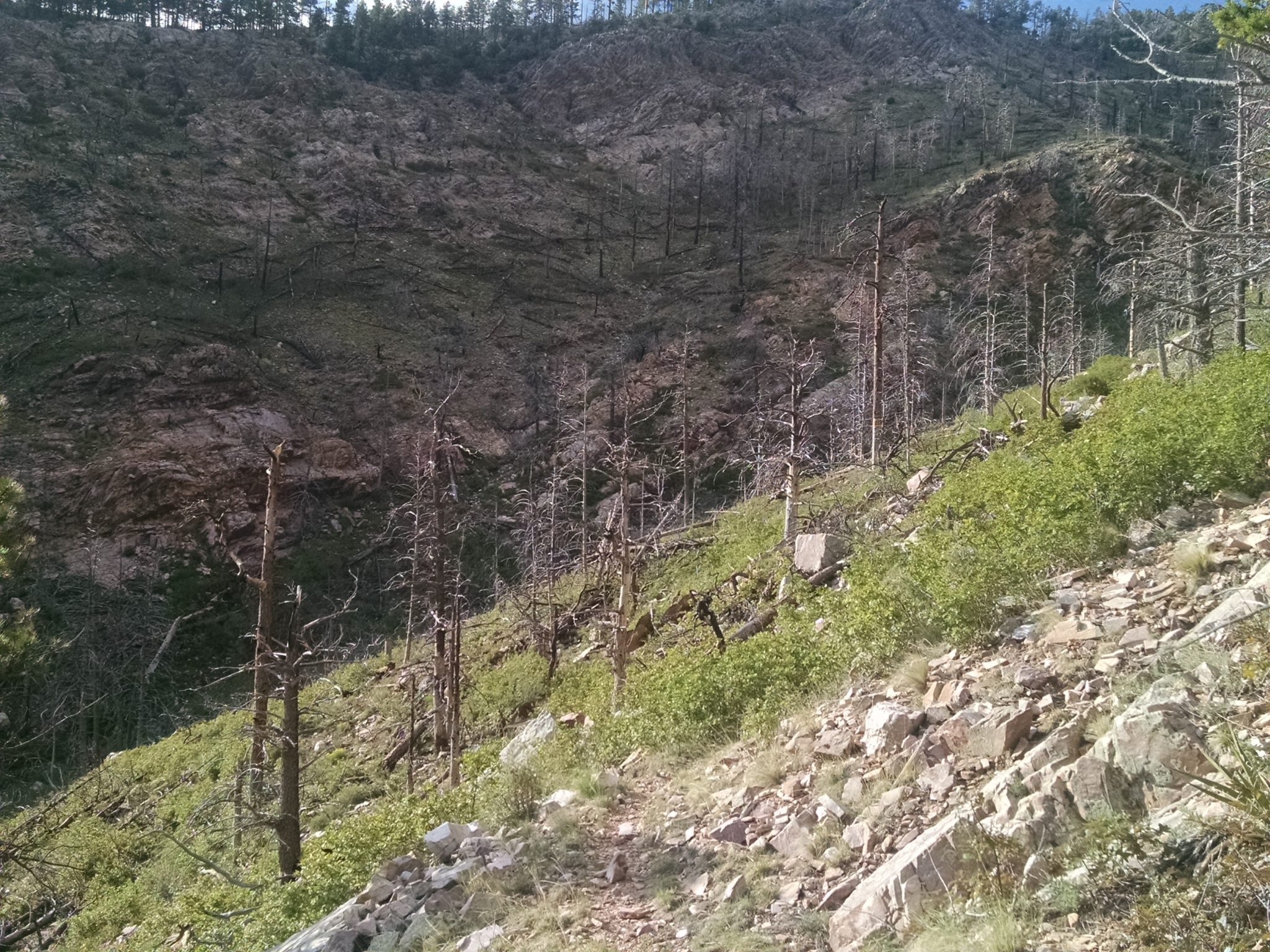 Opportunistic thickets overgrow the path in spots, and slow down hiking. 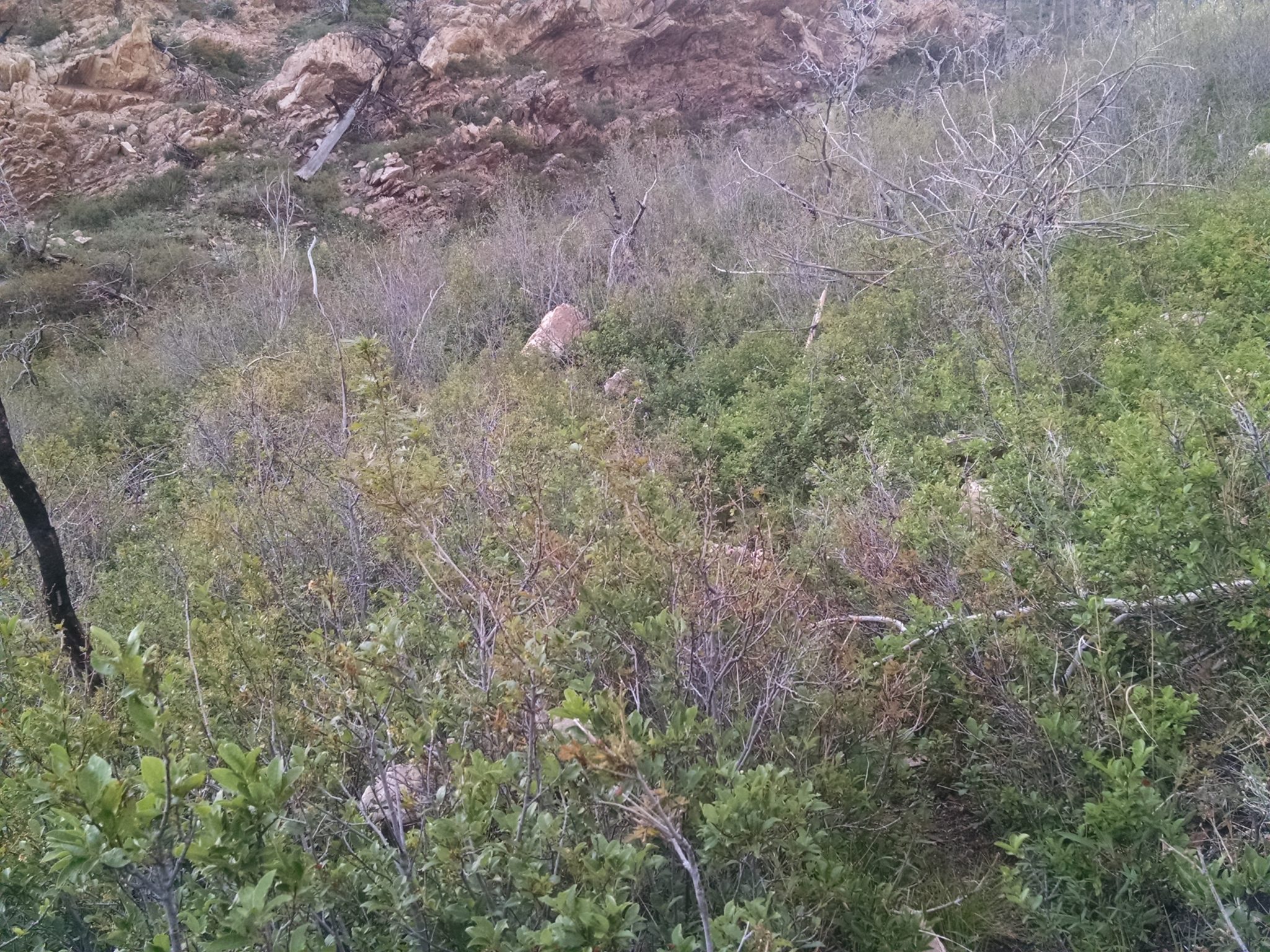 Clouds make a sudden appearance, with thunderstorms and showers. A light show of electricity performs as I fall asleep on a high exposed ridge at 9500 feet. 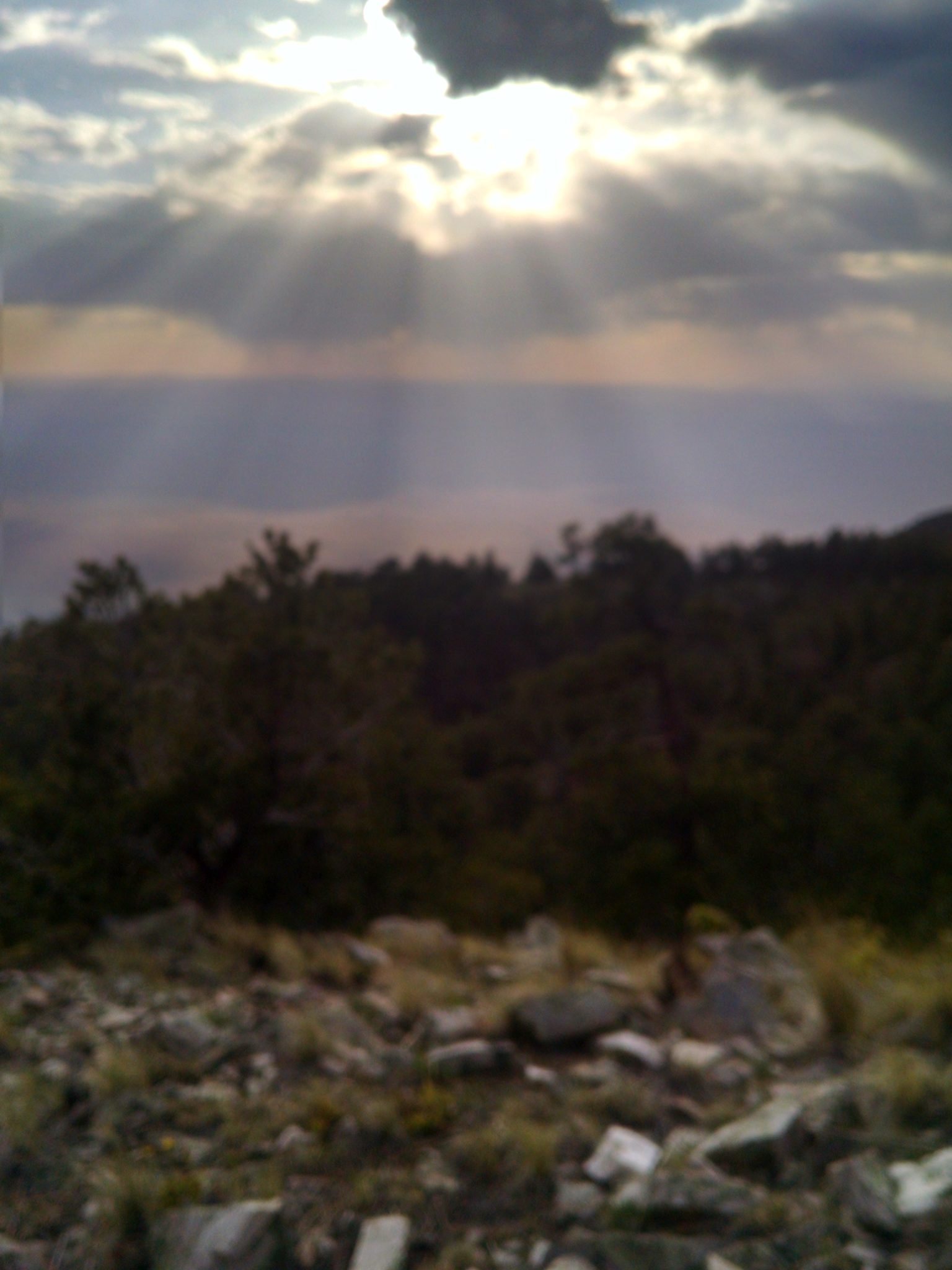 Later in the night, as clouds disperse, lights from towns below become clear, from Socorro, Los Lunas, and even a vast sea of twinkling Albuquerque.