“No battle plan ever survives contact with the enemy.”

No trip itinerary survives more than a few weeks on The Trail, either, but make one anyway.

Behold one page of my 1988 thru-hike trip plan. 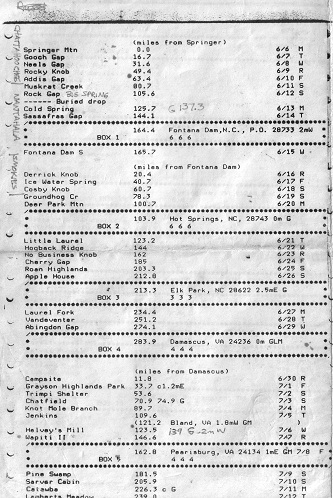 The complete itinerary is included below in searchable text format. Soon my 1988 trail journal will be posted, so you can see how closely I followed the plan.

For my 2012 long section hike to attempt Trail Completion, I am using a spreadsheet with some useful features for revisions. I’ll cover that in a later post.

Here is what I took on my 1988 hike from Springer Mountain GA to Harpers Ferry WV. 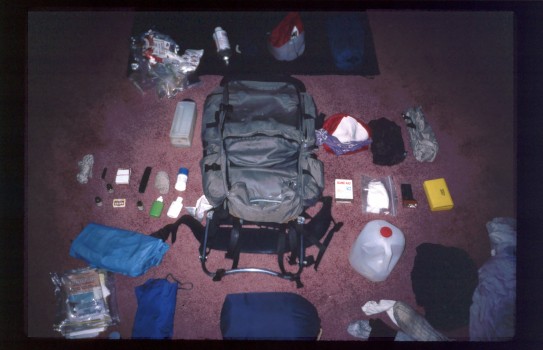 Total weight with five days of food and one liter of water was about 30 pounds. That was pretty typical of max pack weights that summer for thru-hikers, and possibly on the low side. My 2012 attempt to complete The Trail will use ultralight techniques, and so will be very different. More about that in later posts.