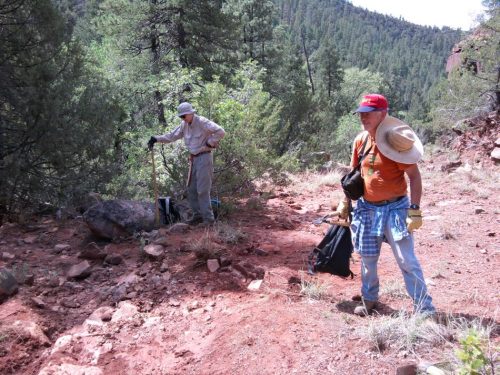 [Editor’s note: The next year, I wanted to hike this trail, but was told by the person at the visitor center that it was never open to the public. :-( ]