End 1.9 miles on Mars Court Alternate to start of Drop In Trail, after 30.6 miles of Segment 36

This next section is a challenge, because the official GET is on paved road for over 25 miles, since no route is available through public lands to the Sandias, and no trail has been negotiated with private landholders. With high temperatures probable, and few water sources available except a few country stores after the village of Chilili, this could be a tough day.

But I had a cunning idea. Hike at night. The moon was near full, and the road should be cool at night, with little traffic. I shouldn’t even need a strong headlamp, since there is not much along the road to see. I would still be hiking plenty during daylight, but the night would give a good start, after sleeping a bit and heading out around 2AM.

Well, a thunderstorm was in progress at 2, so the hike did not start until 3:30AM. The moon is now getting low in the trees, and thin cloud cover blocks most stars, but I can see something as big as a road in front of me. The air is cool and I make good time.

The village Tajique appears an hour before the local Ray’s country store opens, but I will have several snacking opportunities on the other side of Chilili. 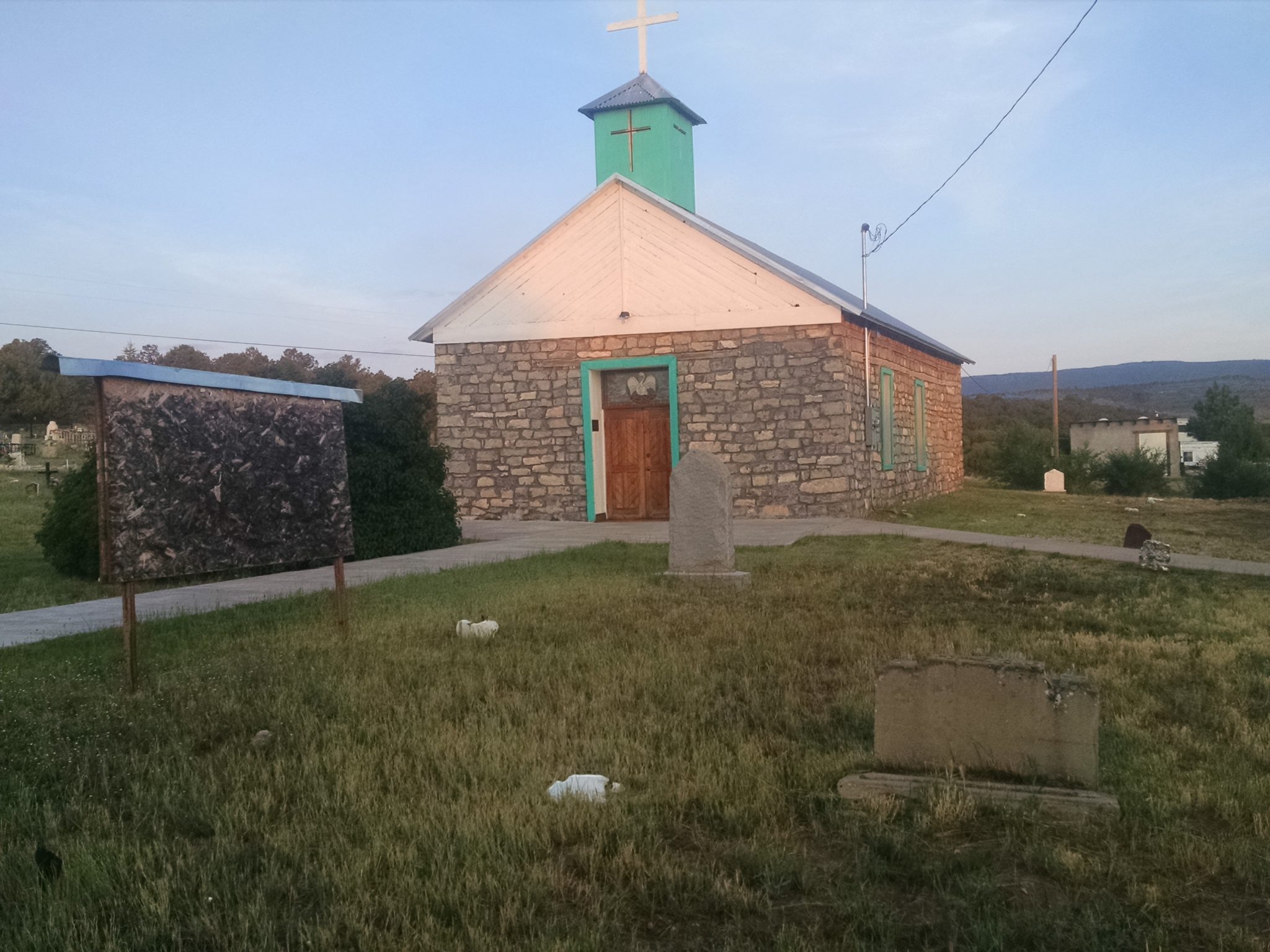 What is Chilili? This is one of the few land grants that stayed intact after the Treaty of Guadalupe Hidalgo, where the US promised to recognize land grants formed under Spanish rule. Other land grants passed into private ownership and were split up, due to various reasons, but this one stayed together, and the residents are still protective of their heritage.

The route moves onto NM337 and stay on it for most of the day. 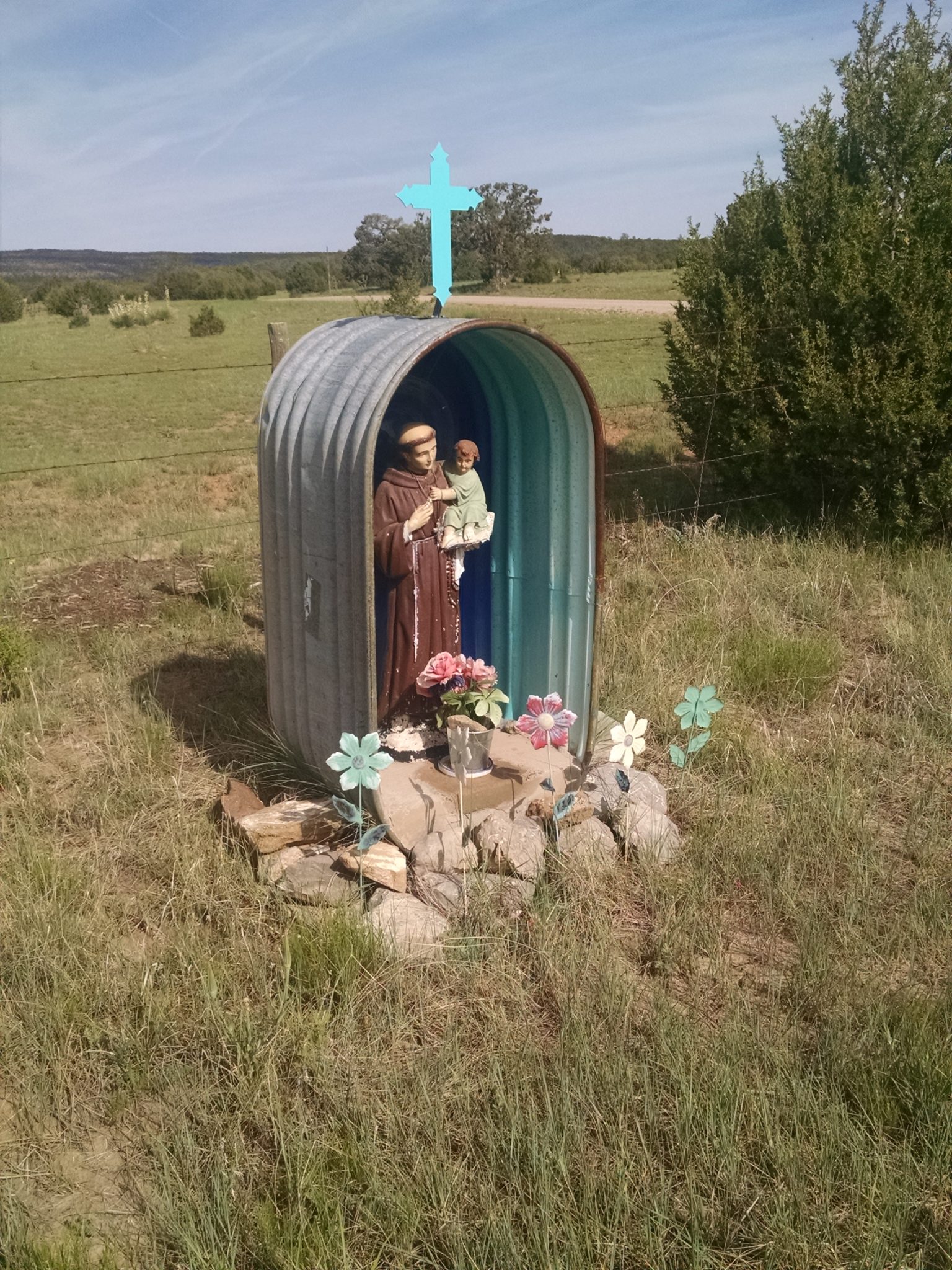 I do not take many picture of of the village… 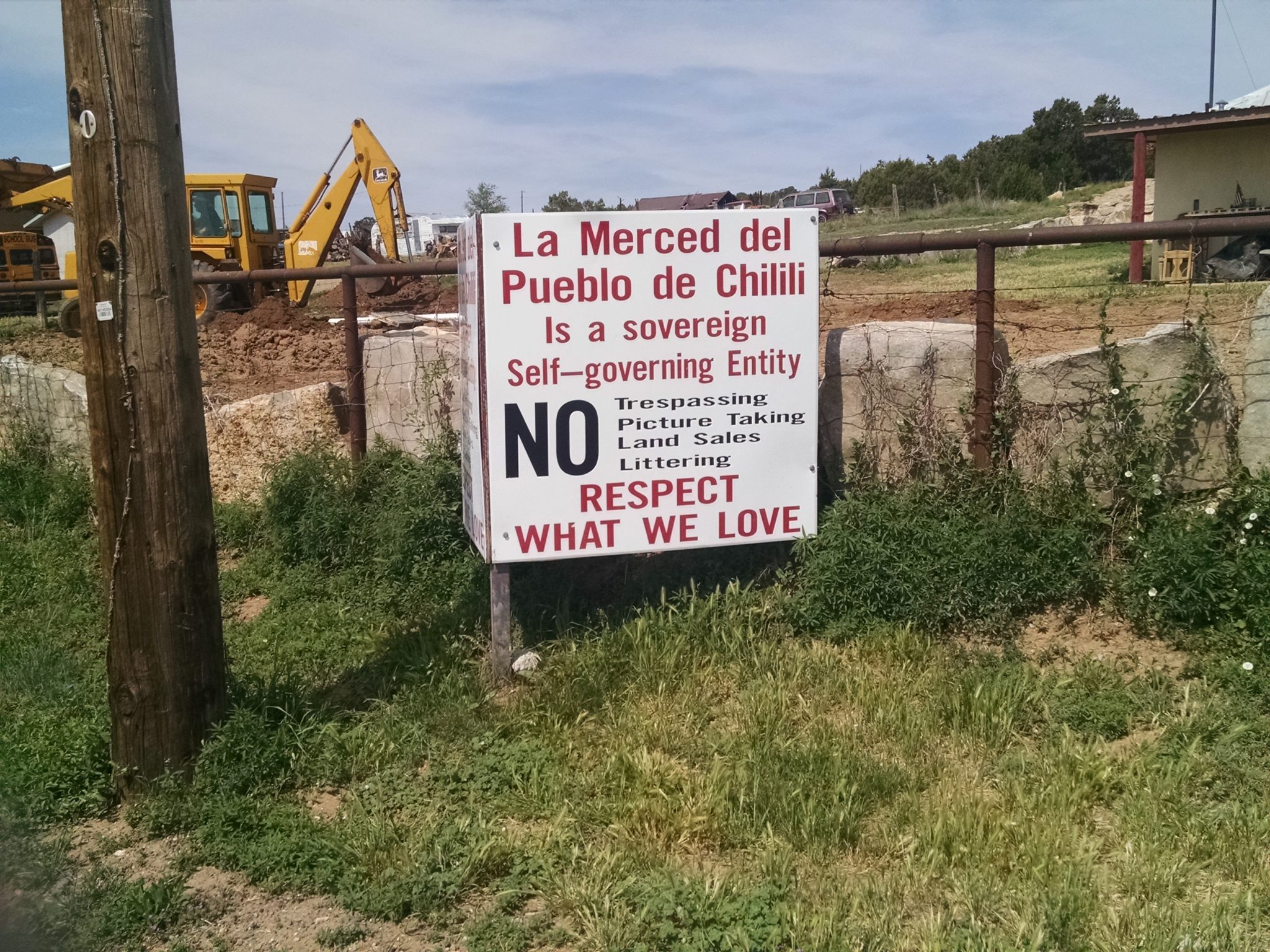 About four miles after Chilili is the country store 10 Point, a welcome water source and snack opportunity. In late afternoon is Morning Star Grocery for more water and snacks.

All day I have been passing “NO TRESSPASING” signs. Now, I can understand signs at Chilili, since land grants have a history of gringos taking their land, but I am passing plenty of places outside of the land grant with signs threatening dogs and video cameras and firearms. I ask a lady at one of the stores about this, and she says there have been problems, with NM337 being so close to Albuquerque, and people coming on to private land to pick piñon… and various other unwelcome activities that she would not specify.

Finally I get to public land, a network of trails south of Tijeras on national forest, heavily used by mountain bikes on day trips out of Albuquerque.

Trails here are short and closely networked together, like in ski areas, with 5-digit numbers and cute names, well maintained, through pine and meadow, with thinned trees for good visibility. 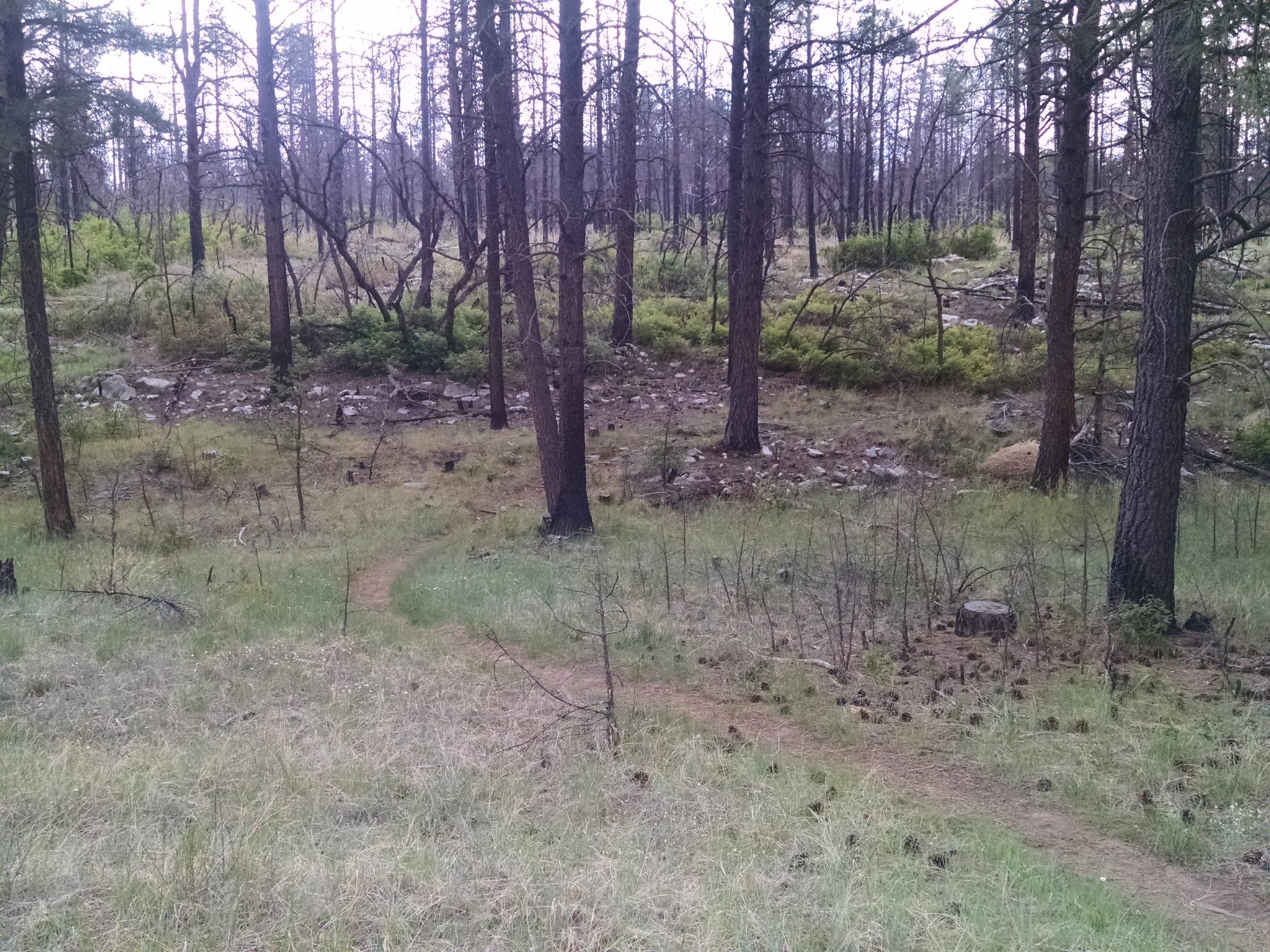 I took the “official” GET route of Turkey Trot Trail last year, which makes a large detour, and went for the shorter alternate choice today.

Due to my extremely early start “night hike”, I quit a couple of hours early, and might do a short day tomorrow to compensate for a long day.