Google Maps said we could drive up to my campsite at 1200 Well, but never trust that website on dirt roads. Cairn and I pre-arranged a meeting spot a few miles away near a mine and better road– good thing too, the proposed route was sometimes non-existent. Cairn drives me to White Rock, where I get the shuttle in to Bandelier National Monument. 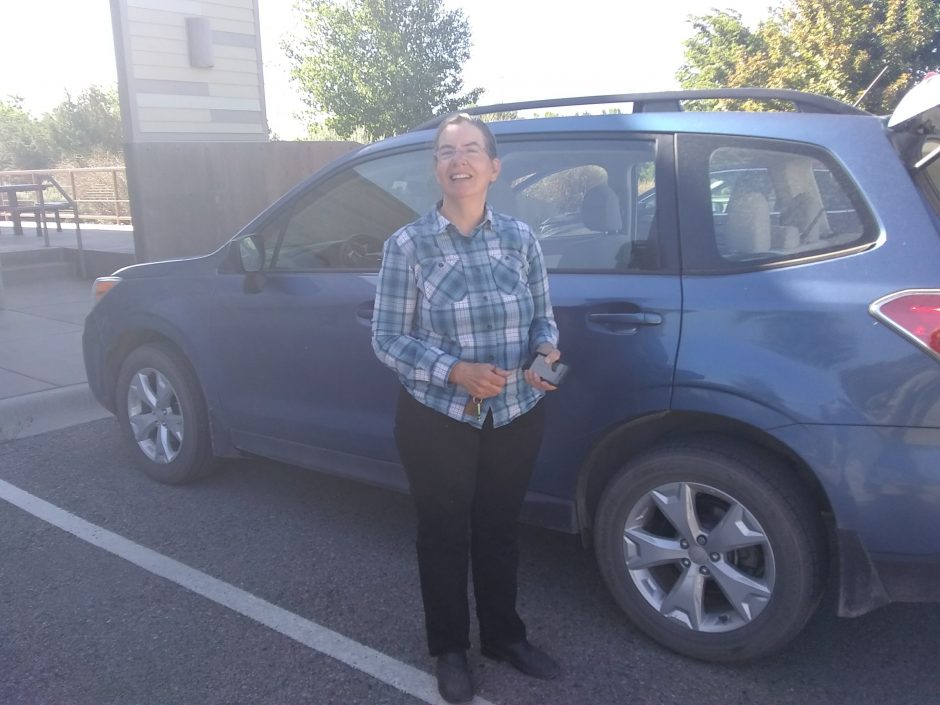 Like larger national parks, Bandelier no longer allows most cars to drive within the monument during summer months. 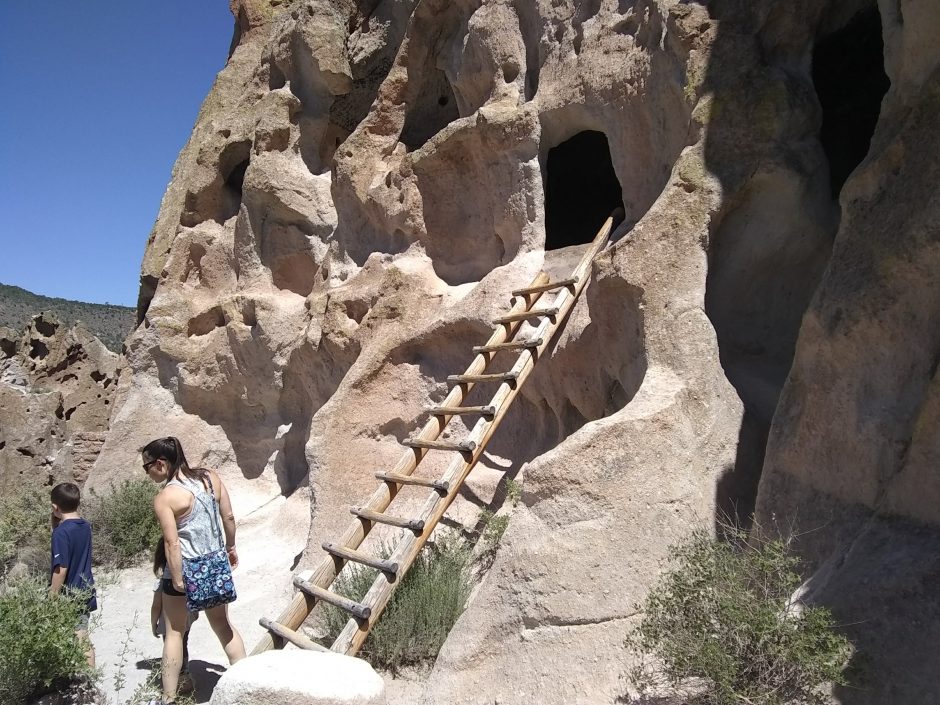 How did we allow our young children to climb these ladders 140 feet to the highest dwellings? 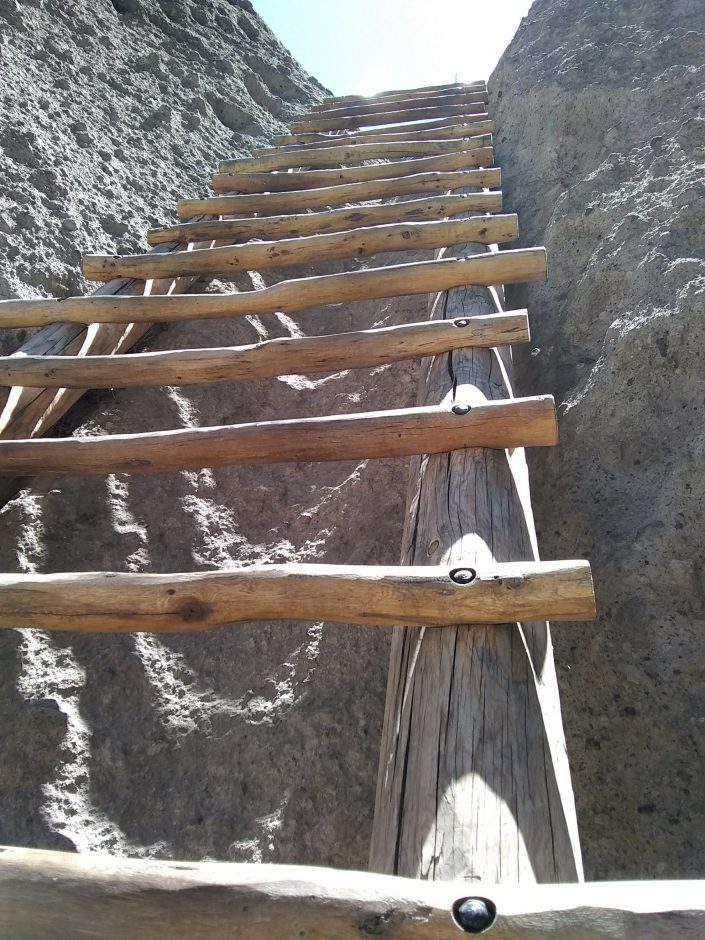 After touring the cliff dwellings, I climb up switchbacks and head south. The trail is along flat narrow ridge with glorious views on both sides. 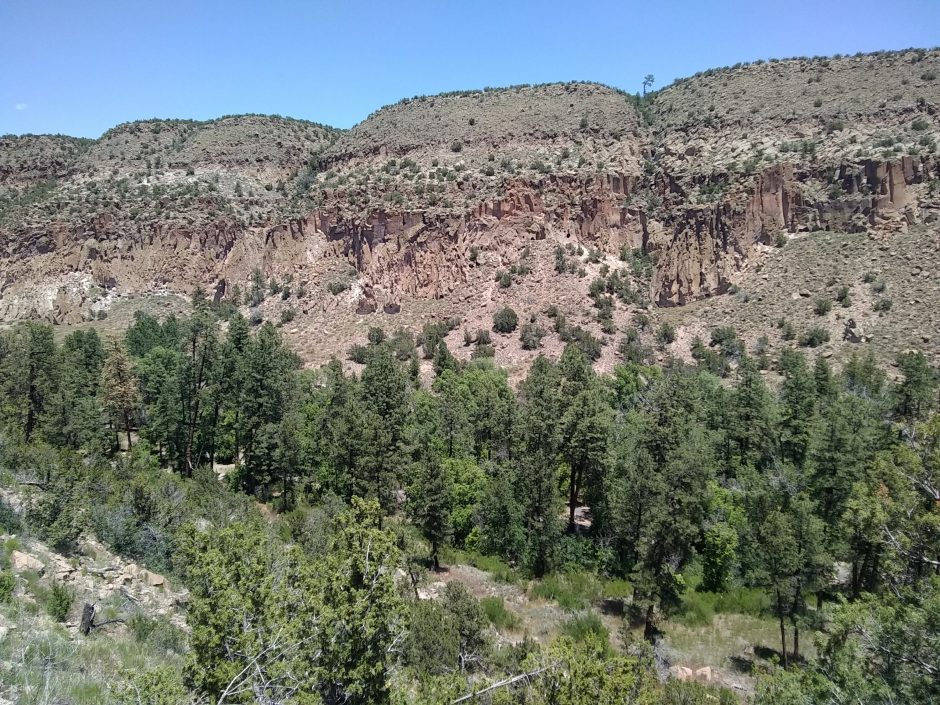 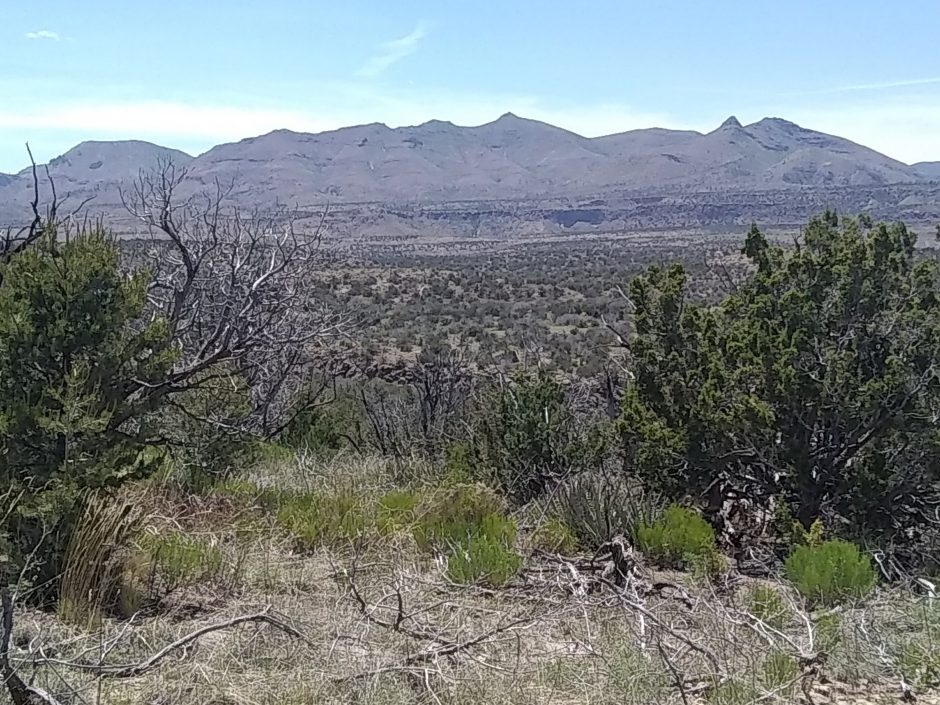 The trail meets the Rio Grande, where my hike was so rudely interrupted yesterday by high water.

On the way north, now back on the official NNML route, the rim is still rather flat, though not so narrow. 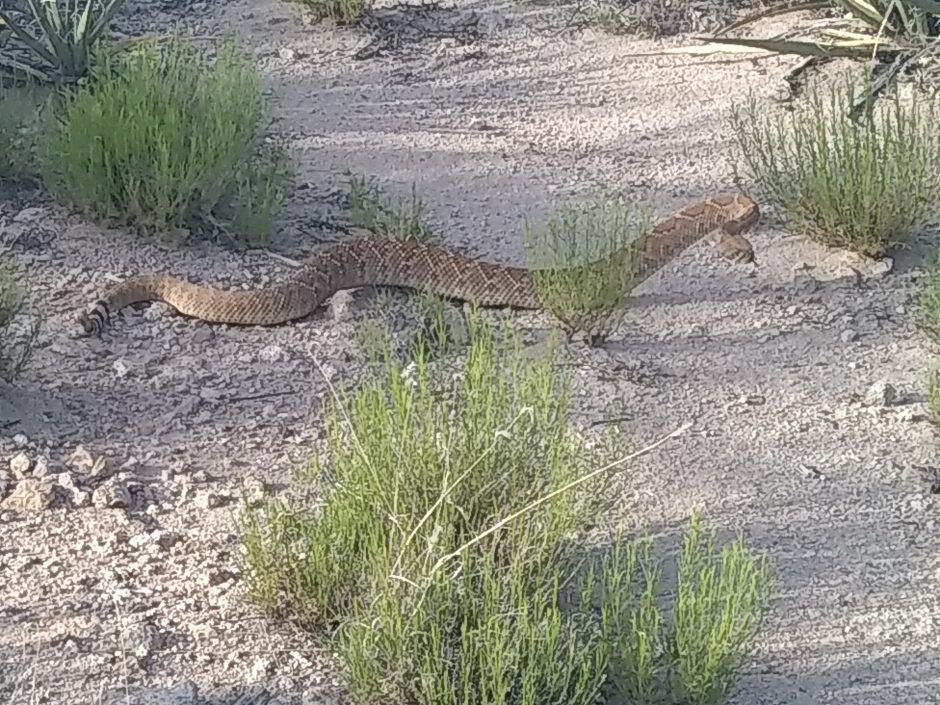 I run out of daylight and energy at about the same time.